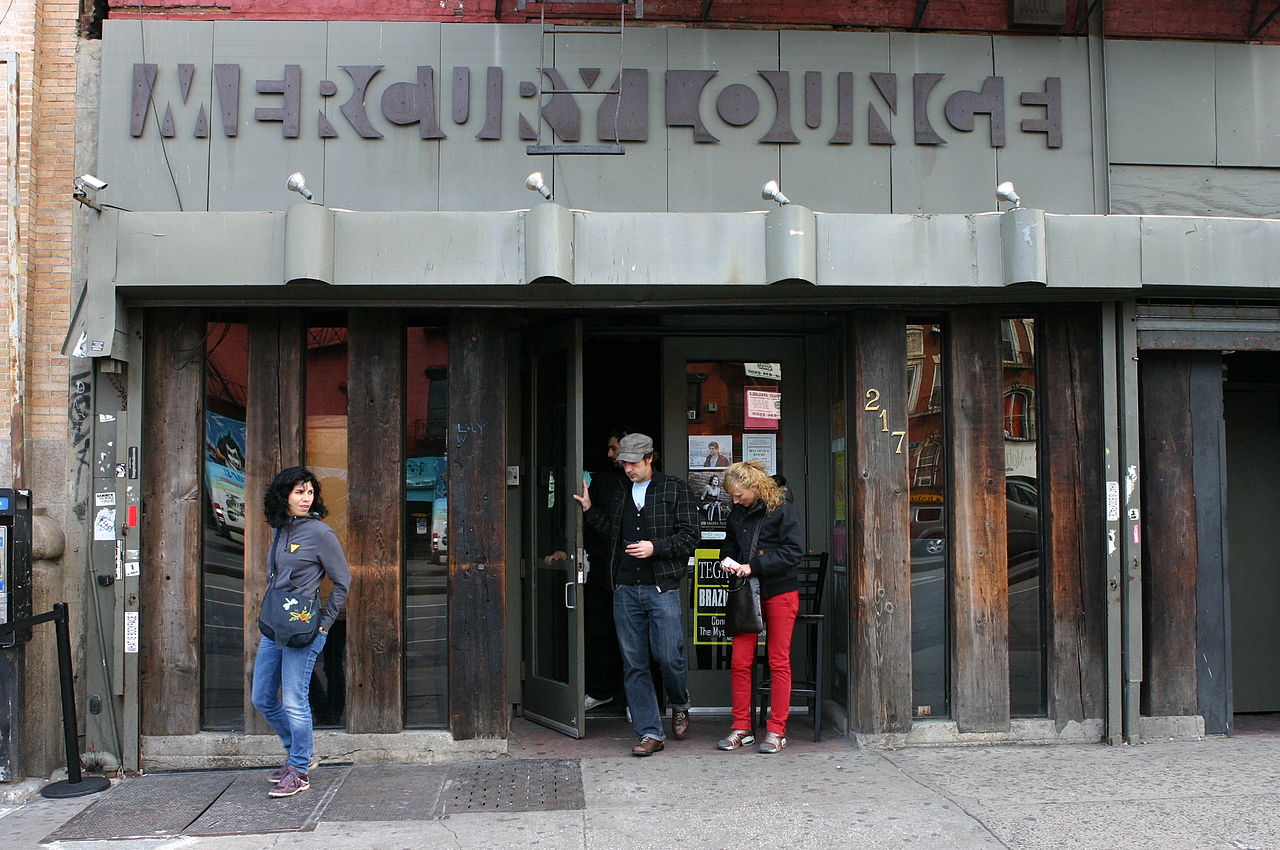 The Mercury Lounge is a live-music venue in the Lower East Side of New York City. Like its brother venue The Bowery Ballroom, The Mercury Lounge is celebrated as an iconic indie venue due its acoustics, its fostering and even launching of upcoming artists, and its no-frills, rock n' roll presentation. It has made numerous top-ten lists over the years including that of Billboard Magazine. It has a capacity of 250 people. The Mercury Lounge was founded in 1993 by Michael Swier, Michael Winsch, and Brian Swier, the three of whom went on to open a string of venues and promotions companies in New York City and Los Angeles. The Mercury Lounge is an independent indie venue to this day, and is known for launching the careers of many talented bands. In 2016, the Mercury Lounge, the Bowery Ballroom, and its founders parted ways[6] with promotions company Bowery Presents when it was acquired by AEG.[7] (The Bowery Presents was cofounded in 2004-05 by Michael Swier, John Moore, Michael Winsch, and Brian Swier in order to promote live shows in open venues.)[8] The Mercury Lounge and The Bowery Ballroom retained their independence and are no longer affiliated with the Bowery Presents and book their own shows. The two clubs have formed joint ventures with Live Nation.[9] [10] The building in which the Mercury Lounge resides has an interesting history. Located at 217 East Houston Street, the space once housed the servants to the Astor mansion, and even connected to it via an underground labyrinth of tunnels. In the early part of the 20th century, Garfein's Restaurant occupied the space, and from 1933 to 1993 the storefront housed a tombstone seller.