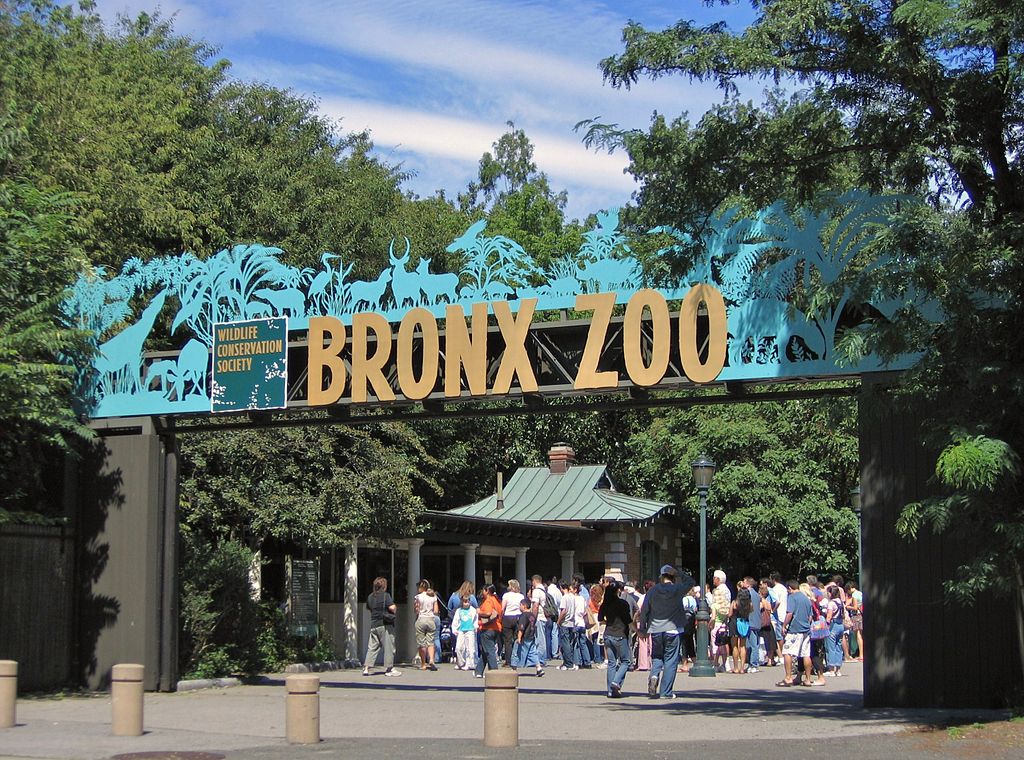 The Bronx Zoo is a zoo located within Bronx Park in the Bronx, New York. It is one of the largest zoos in the United States by area, comprising 265 acres (107 ha) of park lands and naturalistic habitats separated by the Bronx River. On average, the zoo has 2.15 million visitors each year as of 2009. The Bronx Zoo is world-renowned for its large and diverse animal collection, and its award-winning exhibitions. The zoo is part of an integrated system of four zoos and one aquarium managed by the Wildlife Conservation Society (WCS), and it is accredited by the Association of Zoos and Aquariums (AZA).