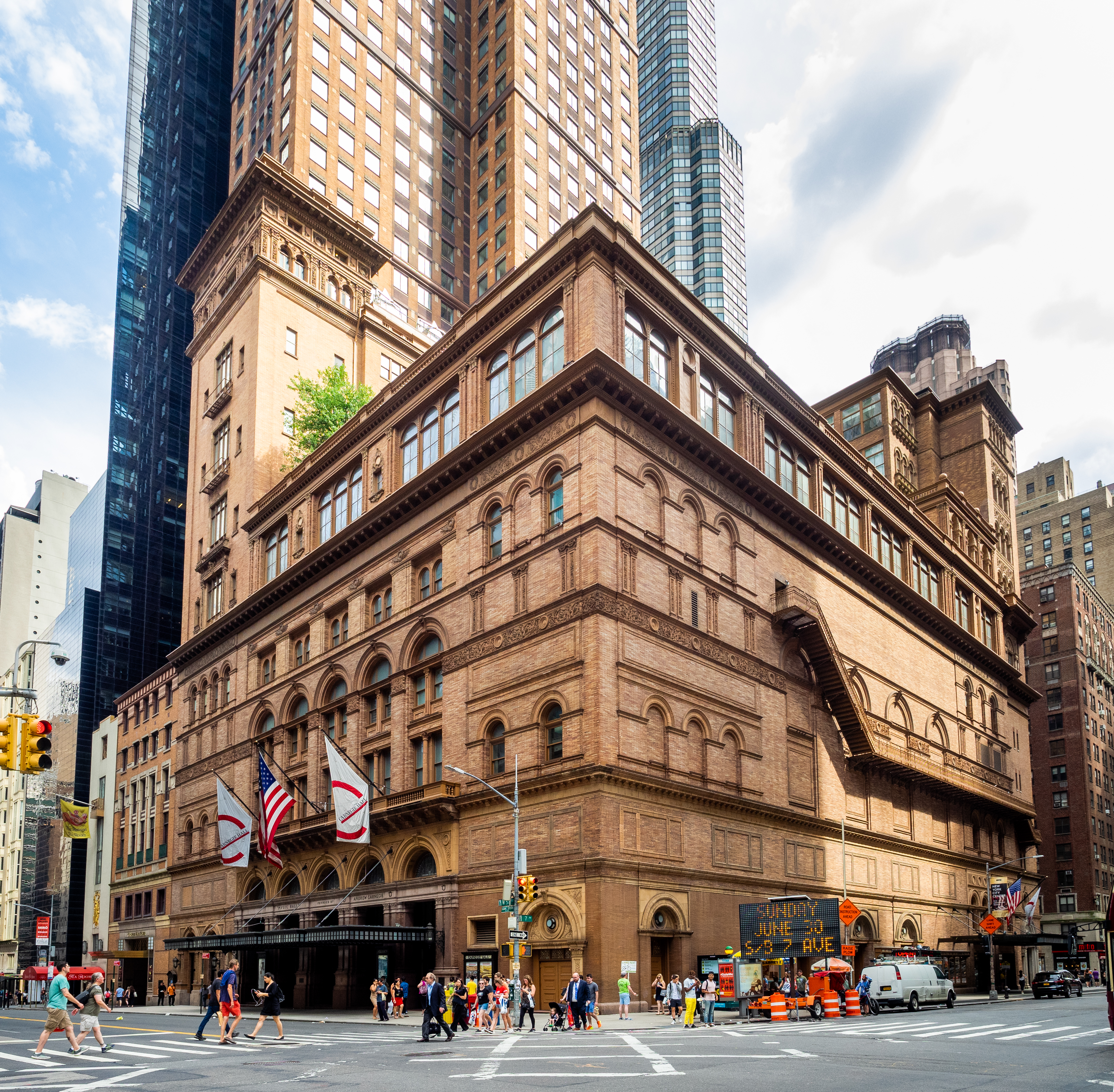 Carnegie Hall is a concert venue in Midtown Manhattan in New York City, United States, located at 881 Seventh Avenue, occupying the east side of Seventh Avenue between West 56th Street and West 57th Street, two blocks south of Central Park. Designed by architect William Burnet Tuthill and built by philanthropist Andrew Carnegie in 1891, it is one of the most prestigious venues in the world for both classical music and popular music. Carnegie Hall has its own artistic programming, development, and marketing departments, and presents about 250 performances each season. It is also rented out to performing groups. The hall has not had a resident company since 1962, when the New York Philharmonic moved to Lincoln Center's Philharmonic Hall (renamed Avery Fisher Hall in 1973 and David Geffen Hall in 2015). Carnegie Hall has 3,671 seats, divided among its three auditoriums.